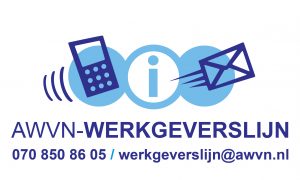 The aim of the Working Hours Act (Arbeidstijdenwet, ATW) is to guarantee the safety, health and welfare of employees by setting minimum requirements for working hours and rest periods and making it easier to combine work with family care as well as other responsibilities outside work. The ATW sets limits on the maximum working hours per reference period and lays down standards for minimum rest periods. The ATW also contains rules on working at particular times, such as working on Sunday and during the night, and on on-call duty, standby duty, on-site standby duty.

All the rules are summarised in the following overview of the statutory requirements for working hours and rest periods.

In most cases, the table lists a single standard (basic and standard based on agreement are the same) which applies in all circumstances. In a few instances, a dual standard applies. In this case, the basic standard is the basic principle but derogations from this are possible by collective arrangement, provided they do not go beyond the standard based on agreement. A collective arrangement denotes both a collective labour agreement (CAO) and a written agreement between employer and employee representative body. The latter agreement may not, however, be inconsistent with the content of the CAO.

Below the first table is a second table containing an overview of legal standards for young workers (16 and 17-year-olds). Finally, you’ll find on this page an overview of the sectoral exceptions in the ATB.

[*1]  The reference period of 24 hours or a multiple thereof within which the prescribed rest periods must be taken commences in the first minute of each calendar day on which the employee first performs work on that day. If a shift commences on one day and ends on the following day, that time is 0:00 hours of that following day (unless a break is being taken at that time; in which case, the end of the break determines the relevant point in time). If no other shift has been worked prior to the shift concerned on a particular day, on that particular day the start time of the shift is also the time at which the reference period of 24 hours or a multiple thereof commences.
[*2]  The rest periods indicated may be shortened by a quarter to allow for the transfer of work. Rest period is time that is not working time (see also footnote 9).
[*3]  Where the table refers to a night shift, this denotes a shift involving more than 1 hour’s work between 0:00 and 6:00 AM.
[*4]  A series of 3 or more consecutive night shifts comprises a series of consecutive night shifts which are not interrupted by a shift other than a night shift. Such a series always ends as soon as consecutive rest period of 46 hours prescribed by the law for such a series of night shifts has been taken. Following that rest period, a new series of night shifts may commence.

[*5]  In this table, a break denotes a continuous period of at least 15 minutes which interrupts the work done during a shift and during which the employee has no obligations whatsoever with respect to the contracted work. This applies to both unpaid and paid breaks.
[*6]  If the employee is working alone or if the nature of the work precludes a break, a collective arrangement may be adopted in which it is agreed that the break will be omitted, provided the average working hours in each 16-week period does not exceed an average of 44 hours per week.

[*7]  In this table, Sunday denotes the period from 0:00 hours on Sunday to 24:00 hours on Sunday.
[*8]  An employee who celebrates his or her weekly rest day on a day other than Sunday on religious or philosophical grounds may make a written request to the employer for the stipulations relating to Sunday to be applied to that other day. In this case, the requirements of the law concerning Sunday shall be transferred to that day.
dag.

[*16]  Standby duty is the availability of the employee between two consecutive shifts or during a break to resume work as swiftly as possible, if called upon, in unforeseen circumstances. Such a call takes precedence over the rules on rest periods and breaks. In other words, the rules on rest periods and breaks may be set aside on the grounds of standby duty. A call does not constitute a night shift or other shift; however, from the time at which the employee is called upon, the time worked does constitute working hours.

[*17]  On-site standby duty is a shift of no more than 24 hours during which the employee – possibly in addition to the normal contracted work – is obliged to be present at the workplace in order to set to work as swiftly as possible on demand. Both the normal work and the mandatory presence at the workplace constitute working hours. The use of such services is only permitted if the nature of the work necessitates it and it is not reasonable to make different arrangements. On-site standby duty does not constitute a night shift. The normal rules on minimum rest periods and maximum working hours in the table do not apply to on-site standby duty.
[*18]  In exceptional cases or if objectively justified, the rest period may be shortened 1x per 7 x 24 hours to 10 hours and 1x to 8 hours, provided the time by which it has been shortened is immediately added to the next uninterrupted rest period. This also affects the total uninterrupted rest periods in each period of 7 x 24 hours. The total rest period remains 90 hours but, in this case, may consist of a minimum of 1x 24 hours, 4x 11 hours, 1x 10 hours and 1x 8 hours; these periods may now also be consecutive.
[*19]  If the employee consents to this in writing, the maximum working hours may be increased to an average of 60 hours per week. Such consent applies for 26 weeks and will be renewed for periods of the same length unless the employee concerned indicates in good time before the end of the period that he or she no longer agrees to the increased working hours. The employer must keep employees’ written consents in a special register.

The standards listed in the above tables do not apply to employees who, in 2018, had a fixed annual income in excess of EUR € 61.350 gross (managers and senior executives). For part-time workers, this amount applies pro rata to their part-time hours.

If employees normally work night shifts or do work that involves or is directly associated with serious hazards to the safety or health of people, the standards do still apply to them.

Finally, all the standards – except for Sunday working, the maximum working hours per reference period and on-call duty – do not apply in sudden, unforeseen situations posing a serious threat to people or goods. The employer must compensate for rest periods that are missed as a result of this as soon as possible after the situation has ended.