HR FUNCTION AT FOREIGN MULTINATIONALS FEELS THE SQUEEZE
• The HR director sometimes gets “squeezed” between the requirements of head office and what is established practice in the Netherlands.
• Americans often have no idea what a collective agreement entails.
• At head offices in France, they shrug their shoulders when a Dutch trade union threatens to strike.
Text: Peter Boorsma

More and more companies have a foreign parent company. How does that affect industrial relations, personnel policy and employership? And how do you deal with it if you’re an HR director?

Dutch business is rapidly internationalising. More and more companies have a foreign parent. According to Statistics Netherlands (CBS), there are around 15,000 companies in the Netherlands that are controlled from other countries. In 2014, these multinationals provided more than 700,000 full-time jobs, or roughly 10 percent of all full-time jobs. In industry, as many as one in three jobs can be found at a company headquartered outside the Netherlands.
The running of companies from abroad sometimes leads to problems at their Dutch establishments, for example in terms of personnel policy and labour relations. This has consequences for the role of HR director.
A frequent problem is that American head offices are not accustomed to dealing with trade union and employee representatives. “In France people know perfectly well what a trade union is, but Americans often have no idea what a collective agreement entails or what the Works Councils Act is,” says AWVN consultant Geke Klinkhamer. Geke Klinkhamer works at AWVN as a consultant on employment conditions and labour relations. “They don’t understand that unions – ultimately external parties – exert influence over the company. Things tend to be better at companies that have been working in the Netherlands for a long time. They do at least know that if you overhaul the wage structure you first have to get the consent of the works council. The most you have to do is to explain it again if a new HR director is appointed.”

Explain, explain
The Netherlands is a country renowned for consultation. If I want A and you want Z, we will end up with K, L or M. That tends to be a little murky for foreign companies, says AWVN consultant Tammo Delhaas. Tammo Delhaas works at AWVN as a consultant on employee benefits and labour relations. When Organon was taken over by American company Schering Plow, he went to New Jersey at the request of the Dutch company to explain to the top fifty at Schering Plow how we consult with employees in the Netherlands. “At Anglo-Saxon companies, money is the primary motivation. The Rhineland model focuses more on holding talks, on continuity.”
Delhaas regularly organises the Dutch Labour Relations course at Schiphol Airport to update foreign CEOs on Dutch labour relations. “A Texan once asked me: ‘If that’s the law in the Netherlands, what will happen if I break it? How big is the fine? Can’t we just change the law?’ It comes across as a bit arrogant. The Anglo-Saxon organisational model has little to do with stakeholders. You notice this in the manner of running the organisation. Commands are issued – ‘these are the rules.’ We lean more towards dialogue.”
Another inconvenience some companies face with a foreign parent is ‘one pot for wage increases.’ Subsidiaries receive from their American or Swiss head office a lump sum equal to, say, four percent of the wage bill. Out of this amount, they have to pay for everything, not only the wage increases under the collective labour agreement, but also pay rises resulting from performance evaluations. This is difficult for an HR director, because it leaves little room for individual customisation.

America or Japan
A salient point is that the country where the multinational comes from makes a big difference. A Japanese company is very different to an American or French company. The Netherlands has relatively few strikes. And in Norway the trade unions are actually within the company. In contrast, the motto of the trade unions in France seems to be ‘strike first, talk later’. The upshot is that at French head offices they shrug their shoulders when they hear that a union is threatening to strike in the Netherlands. Yet French companies often allow a fair amount of freedom: keep your hair on, fix it, as long as it produces money.
Many Japanese companies are characterised by their good manners and a methodical way of working with numerous protocols. Delhaas: “A Japanese company is a black box. The top is in Japan and it remains unclear exactly how the lines run. You can’t just go straight to the top man.”
But it would be wrong to overstate the differences between countries, according to Delhaas and Klinkhamer. Differences between companies from one and the same country can sometimes be even greater. One company may focus on KPIs, whereas another will attach importance to the HR function or a tightly designed wage structure. “You also see the same differences between Dutch companies without a foreign parent, although you don’t have to explain to anyone there what a trade union or works council is.”

Tightly controlled
Klinkhamer does not have the impression that the number of tightly-controlled companies is increasing. “It’s still about fifty-fifty. American companies are generally tightly controlled. In some respects, they have no option. In the US there are for example accounting rules for pensions that require a company to know what the costs are now. This differs from the Netherlands.
THIS IS JUST AN EXCERPT. PLEASE DOWNLOAD THE ARTICLE.

Take a course or listen to the podcast 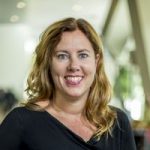 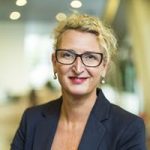 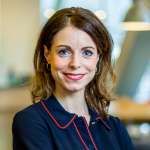